A valley of redemption

by Kirsten McKimmey on September 11, 2017 in hunger offering

Brenda Bermudez and her family are just a few of many who have experienced the Lord’s redemption in their lives in the modest colonia of Mi Sueno in the Rio Grande Valley.

As a single mother of five, Bermudez’s life has been anything but easy. Bermudez has endured the pangs of divorce, financial stress and limited resources and space. She often relied on her own strength rather than the Lord’s, something that would quickly come to a halt.

Though suffering had been a common theme in Bermudez’s life, she continually sought to provide for her children above all else. Upon hearing about a Vacation Bible School happening in a nearby community, Bermudez decided to take her children, desiring that they be involved with others and cared for spiritually. “I wanted them to know about the word of God,” she said.

While attending the VBS, the church members and volunteers of Iglesia Bautista Emanuel in Alton began inviting Bermudez and her children to church. Eventually, the family began attending, and Bermudez joined the women’s ministry where they would build relationships with one another through studying the Bible and doing various crafts together.

Bermudez’s children quickly clung to the grace the Lord offers. “When I started going to church, I noticed my family paying attention and really learning from the Word. As a result of seeing my kids grow in church, it struck me that I desired to learn more about the Lord as well,” said Bermudez.

Seeing a transformation in her own children, Bermudez truly understood her need for Jesus Christ for the first time. She surrendered her life to Christ and embraced the church and women’s ministry more than ever before.

At the time, Bermudez and her children were living in a small trailer with only one room. Little did she know that the Lord was about to give her one of the best gifts she had ever received.

Vanessa Quintanilla-Lerma, Texas Baptists’ River Ministry missionary in McAllen and active member of the women’s ministry, connected Bermudez with the Valley Baptist Association. They worked together to donate a large two-bedroom trailer to Bermudez and her family. They blessed her with something she would never forget - a home.

“From that time on, I could see that God never left me,” Bermudez said.

Immediately, Bermudez desired to use the home the Lord had given her to bless those struggling in her community. Members from Bermudez’s church began visiting her community once a month to assess the needs of the people, and quickly discovered a considerable number of families that lacked healthy, sustainable food. That’s when the Lord laid it on the hearts of those in the church to begin a feeding ministry.

Bermudez was passionate about serving with the feeding ministry, just as she had received the service of others. After planning, preparation and gathering resources, the women from Iglesia Bautista Emanuel began coming to Bermudez’s home to distribute the food to the community out of a small room they built on her property. 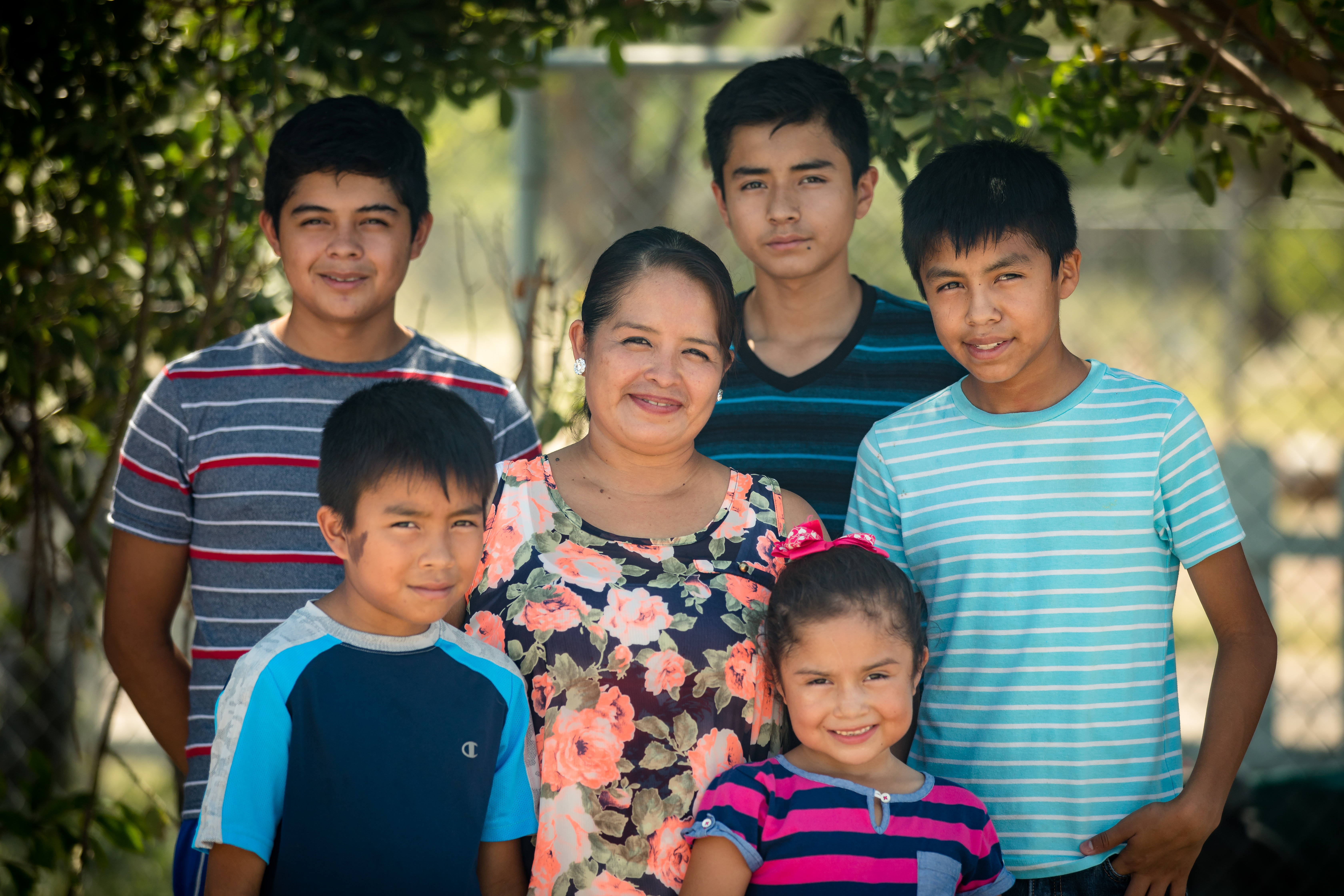 The women currently meet every Friday to assemble food packages for families in the community. Resources are donated by various local ministries who serve the communities on both the state side and in Mexico, including the Texas Baptist Hunger Offering. They work to gather and donate canned food items as well as fresh fruits and vegetables, including tomatoes, cucumbers, berries, bread and tortillas. More than 80 families are served consistently every week, but the women have been able to serve up to 150 families in a week.

“We are also blessed by the Hunger Offering by being able to serve the community,” said Lerma.

Missions teams spend weeks out of their summers to help Bermudez and the church with their feeding ministry, while putting on Vacation Bible Schools for the children in the community, which has left a great impact on everyone.

“There’s a great need here. It doesn’t matter how hot it is, the community is constantly here wanting to know more about the ministry and receive a blessing as well. Moms are continually asking throughout the summer when missions teams will be here because they see the impact they have on their children,” said Bermudez.

The church is currently planning a back to school event for the children in the community. This will be a time to share Bible stories, serve hot dogs and snow cones, and provide essential items such as clothing, blankets and school supplies. Last year, they had the opportunity to serve over 200 children at the event.

“I’m very thankful to God because my kids have a home. I want to help because I am thankful for all God has given me. Everything I do I do from my heart,” said Bermudez as she reflected on Colossians 3:23.